Henning Staffing: 3 Tips for the Middle of an Interview 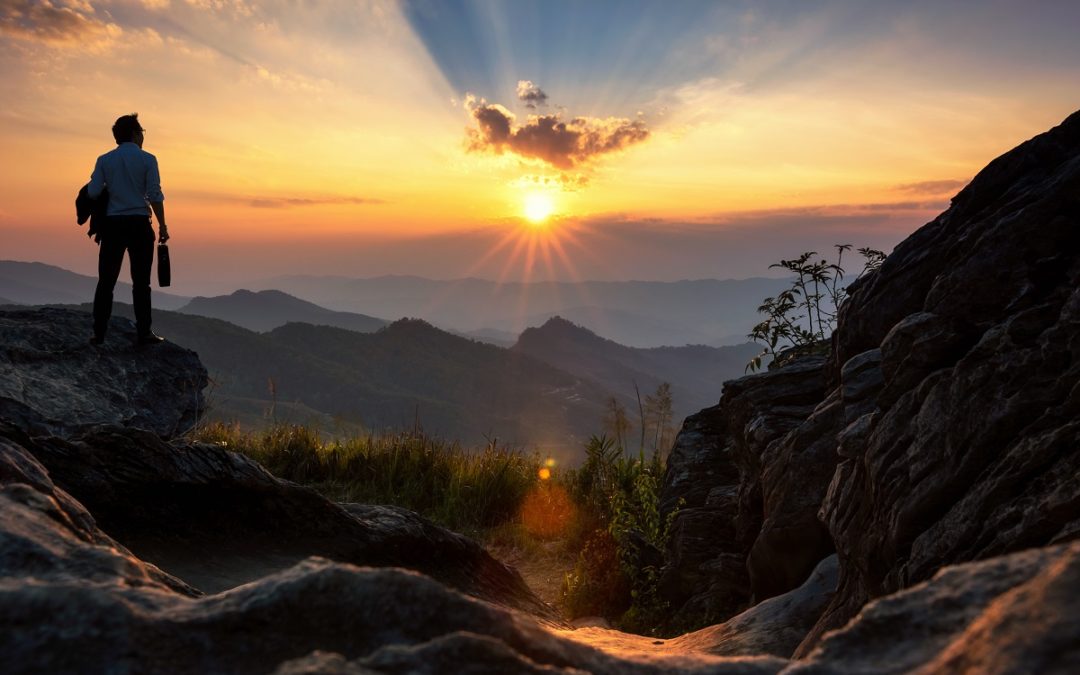 Focus: 3 tips for the middle of an interview

We were on the search for a senior level security engineer. The client was looking for someone to replace himself. He stepped into a leadership role and was looking to backfill his role. We rounded up candidates and submitted them to the client. The client selected 4 of the 5 candidates to interview first. One stood out immediately, as he was very good on the phone. You could tell he had the knowledge and experience required based upon his answers. But, something seemed off. My recruiter told me that something seemed weird. My colleague said that he couldn’t put his finger on it but something was wrong.

We scheduled the interviews and that candidate was up for his interview. He hopped on the conference line before the interview started. Someone else joined the call almost at the same time but did not announce their name. It was awkward because I heard the system announce a 2nd person had joined. I asked that they announce themselves as there was no name in the intro- no reply. We asked them to leave the conference- still no reply. The hiring authority then joins the call. We started the introductions as I would.

The interview starts. I noticed a slight change in the tone of the candidate’s voice. It was when he gave a high-level overview of his background. It was enough for me to notice that it was no longer the candidate I first spoke with who impressed me with his knowledge. So the hiring manager asked, “Do you have experience with XYZ technology?” Afterward, the candidate replied, “Yes, strong experience with XYZ technology.” Little did I know that now the hook was set in the fish’s mouth. The hiring manager started then asking laser targeted questions. What does the “G2SDJWekiasoek” mean when looking at this type of data? His answer sounded like a best guess rather than a confident response. He could tell the resume was fake and he was lying about his background.

You could sense the mood of the conversation switch after this lie came out. The hiring authority acted like a piranha with blood in the water in attack mode. After several questions, followed by an answer that sounded like a best guess, there was a long pause on the other line. The candidate exclaimed: “Hello, hello? I can not hear you, can you hear me? Hello, hello?” Then click. It was over. Caught red-handed, he would much rather flee than fess up to his mistake. He turned off his phone and didn’t return calls afterward.

Candidates tend to overlook easy barriers they put up between themselves and their dream jobs. There are several factors that influence the middle part of the interview. The middle is the heart of the interview. Many times, it is the little aspects that the candidates have control over that have a big impact. They don’t conduct an interview prep. They take interviews at inopportune times. For example, they might take a call where 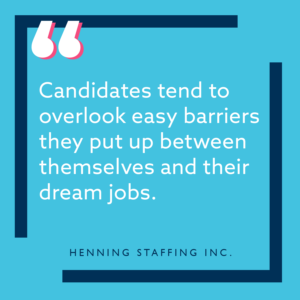 there is a terrible reception or loud overhead speakers at the airport. Whether they have a yelling child with them, a loud bird, or sirens going off in the background. Trust me I have heard it all during phone interviews. From screaming babies to barking dogs. You name it, I’ve heard it. These all can have a major effect on the middle of the interview- the question and answer portion.

Candidates may fail at proper interview etiquette by over talking or over speaking the hiring authority during the interview. They may interrupt them when they are speaking. Getting excited and jumping in to provide an answer halfway through the sentence of the hiring manager is one example. This happens when someone is early in their career but the issue affects executives too. They want to show the interviewer how smart they are, when in fact answering too quickly tends to backfire For example, when it is a two-part question or a statement. They start providing an answer right after the first question. Something so simple can have a profound impact on how the hiring authority views your candidacy.

Candidates may think it’s ok to stretch the truth about their experience. Unfortunately, they get caught in a lie about their experience or direct results of their efforts. Some do it purposefully to help their candidacy. Yet, often times they are risking the opportunity because if caught, their trust is broken. Remember, during an interview the hiring authority is asking themselves two questions: can they do the job? But most importantly, can I trust them? Trust is key in rapport building part of the sales process.

The middle of an interview is part art and part science. Since the middle is the longest part of the interview, we will break it down into a couple of different posts. Today we will cover 3 tips on the question and answer portion. Your mindset is the most important growth aspect of the process. You need to adjust your mindset. You’re becoming a great sales professional, one who excels at conversations-and you’re very trustworthy. That is the exact image I want you to portray. I know you’re saying that you don’t know how to sell, but you do. You can learn to become great at it. However, today we’re aiming to be the best version of ourselves for that particular job that day. That is the end goal. For now, we have to put in the work to get that dream job. 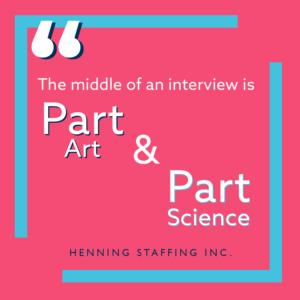 A friendly reminder that you have to become aware of all the things you can control. Finding the time and location with good reception is a minimum. If you must have the call in a less than ideal location, be sure to apologize on the front end. Make sure that you are in a comfortable location for your interviews with good reception. Don’t chew gum or have anything else in your mouth that could interfere with your pronunciation. Be ready to have a conversation. One that goes back and forth naturally. Don’t dominate the talking arena. Both sides must be engaged in the conversation. It a two-way street. You are there to provide them with enough information to decide to select you for the role.

Lastly, you shouldn’t ever lie during an interview. It breaks trust. Lying puts your potential dream job at risk. We will discuss a technique to overcome any deficiencies you might feel the need to lie about.

Now, let’s get to the tips!

No matter your profession when it comes to interviewing, you’re in Sales. You’re selling your background to the hiring authority for the open position. I know you might be saying to yourself, “but I don’t know how to sell!” That couldn’t be any further from the truth. You influence the professionals and family members around you daily. For example, when you would like your boss to buy new software, you must give them good 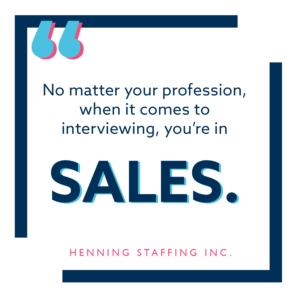 reasons why. In short, your selling the value and benefits of your productivity. Selling is simply being able to tell relevant stories that support your posture of being the right solution for the challenge the organization faces.

Shifting your mindset to build rapport is vital. All great sales professionals know that rapport is critical to selling. Professionals buy from people they trust because of the rapport they have built. As a result of your Elevator Background Pitch, you have already started to build rapport. All hiring managers ask themselves two critical questions when interviewing candidates.

1, Are they competent enough to do the job?

In a later blog post, we will teach you a technique on how to tell stories that will directly impact how you are viewed from a qualification standpoint.

However, an interview is not a time to be humble. Being that you have shifted your mindset towards sales, now is the time to start selling. Highlight your greatest attributes and qualifications for the role. You must understand that this is a competitive environment. You must come out as both the logical and technical reason why they hire you over someone else. So take some time to watch your favorite sports hero movie before you go into your interview to get pumped up. Make sure that you have your most significant points down and know what you should be taking credit for. If you lead a team that won an award, it wasn’t only your team’s efforts but your leadership skills that you can highlight. But it is not a time to lie or stretch the truth either- we will discuss that later.

Get Ready to Play Ping-Pong: 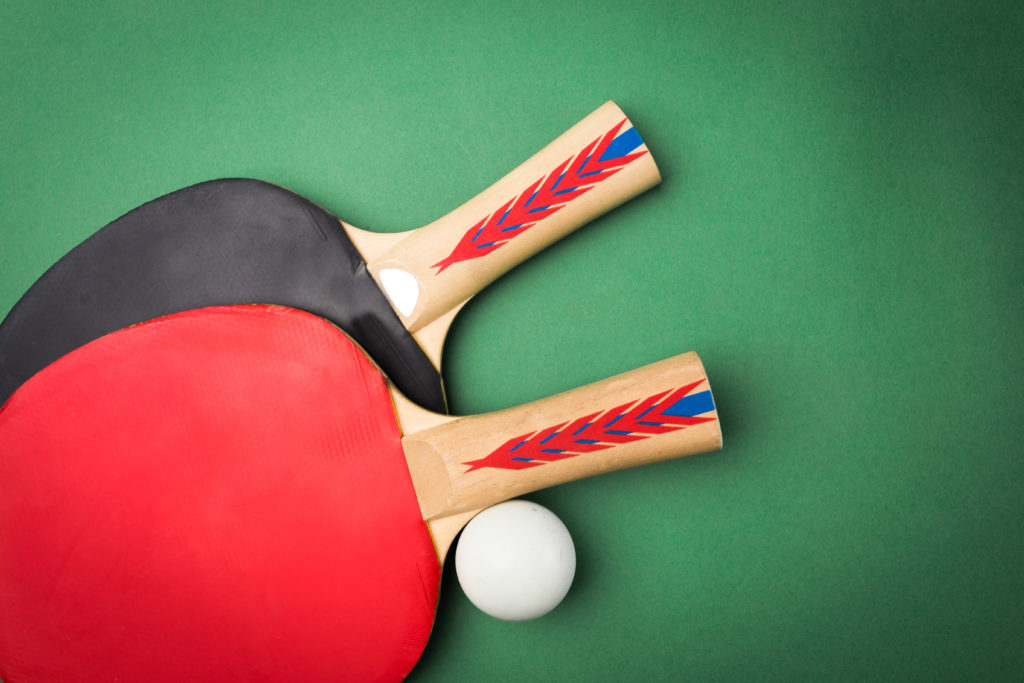 I love using analogies when discussing topics I’m passionate about. Today, I would like you to take a moment and visualize a ping-pong match. A player cannot hit the ball until their opponent has hit it to them. Unless you like to play ping-pong by yourself.

Each must wait, then react accordingly. Similarly, be patient during an interview and wait for the hiring authority to finish their question or statement before taking your turn.

Think about when someone over talks or interrupts you in a conversation. How do you think or feel about that person? The same is true for the interview. If you do either, you’re hurting your candidacy for the position. Make sure that you are giving the hiring authority enough time to qualify you for the role. Often I found those that paused after a question or statement tended to do better in their interviews. Remember, it is not about the competition but how to get into harmony with the other player. Back and forth like a good ping-pong match. 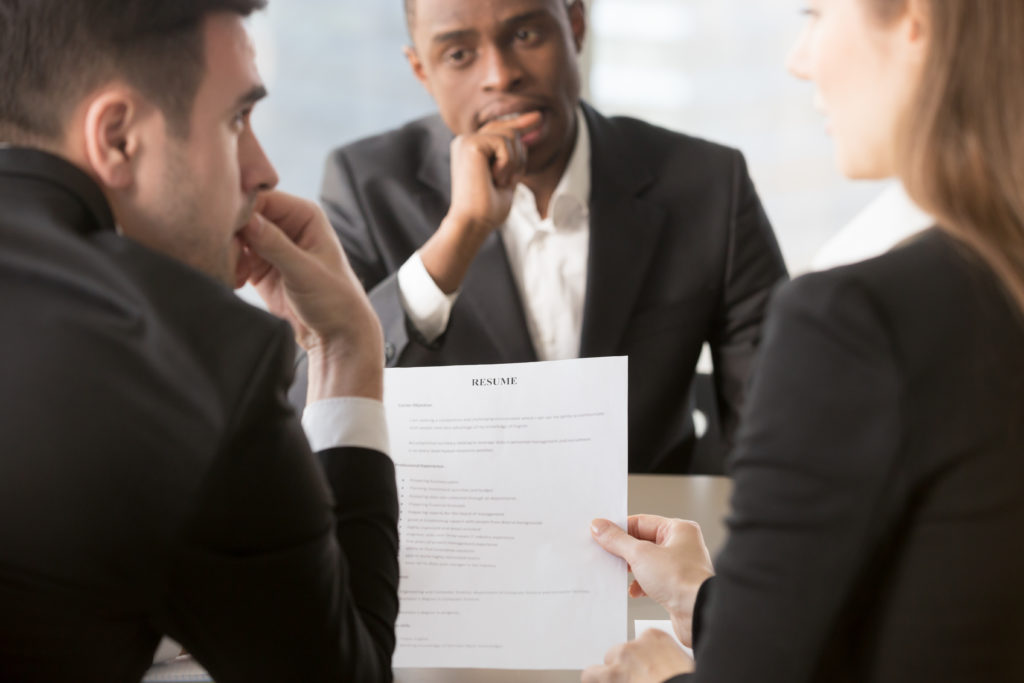 As the saying goes, “Honesty is the best policy!” 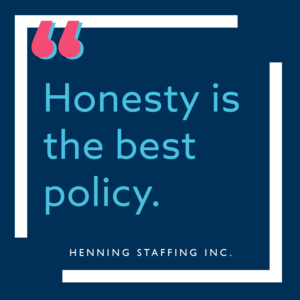 Coupled with good interview preparation and the next couple of blog posts, you will be confident in your ability to get the dream job you deserve. By preparing for the question and answer portion of your interview, you will be prepared to build rapport with the interviewer. You will also be able to truly sell yourself without having to lie about your skills.

If you’re ready to take your career and interview skills to the next level, click here to learn more about our interview and career coaching services.  Or schedule your free consultation call now to discuss the value and benefits of our services.  If you have questions feel free to email us info@henningstaffing.com